Alex has over 25 years’ experience in the financial services sector. He has served as CFO for both public and private companies in Australia, Hong Kong, China and the United States and as CEO across a wide spectrum of industries. He specializes in the Pacific Region with a focus in USA IPO’s, where he has significant experience. He is a CPA with a Bachelor of Commerce from Victoria University in Australia and is licensed as a USA investment banker. Alex is bilingual and fluent in English and Mandarin.

The Los Angeles office will specialise in bringing USA companies to list on the ASX.

The ASX offers a very good alternative for USA companies looking to publicly list, as listing in the USA has become difficult for small-medium sized companies as the USA market increasingly favours large-very large companies.

More than 40 US companies have successfully listed on the ASX.

BlueMount Capital Group is an ASIC licensed, mid-tier, global investment banking and corporate advisory group headquartered in Australia. BlueMount’s team members are highly skilled professionals with global experience and a proven track record in equity and debt financings, M&A, Divestments, MBOs and MBIs, IPOs and RTOs and Cross Border transactions. BlueMount’s key areas of differentiation are its international market connectivity and the ability to perform a broad range of corporate advisory services. Its on- the ground representation in China, North America and Europe give clients the reach of major corporate finance houses with the service, feel and costs of a mid-tier group.

Perth, Australia, Aug 20, 2020 – (ABN Newswire) – Altech Chemicals Limited (ASX:ATC) (HAM:A3Y) is pleased to announce that it has initiated a listed green bond project funding option. The Company has mandated Bluemount Capital (WA) Pty Ltd (Bluemount), which will work in conjunction with its London based partner Bedford Row Capital (Bedford), as structuring agent, to prepare a Bond Structuring and Execution Plan for an offering of asset-backed (second lien) listed “green” bonds to the European bond market.

On 20 May 2020, Altech announced that its high purity alumina (HPA) project had been formally assessed as “green” by the independent Centre of International Climate and Environmental Research (CICERO), based in Oslo, Norway. This positive project assessment, formally termed a “second opinion”, confirmed that Altech’s HPA project is of a type suitable for finance via green bonds. The project is appropriate to be considered by investors that participate in the green bond market, the size of which is approaching US$250 billion annually and a large portion of which is present in Europe.

The Bond Structuring and Execution Plan will provide a definitive execution program for a green bond offering, and will present firm recommendations for the key terms that will have been derived from preliminary market soundings, these would include:

The BlueMount Capital Group advises, in conjunction with the unfolding national and international responses to contain the spread of the virus SARS-CoV-2 and COVID-19 disease, many of our Directors and staff have responsibly chosen to work remotely.

While the current circumstances are unprecedented and likely to remain so for the foreseeable future, the BlueMount Capital Group will continue to provide you with our high level of services in accordance with your requirements. Our remote working procedures will ensure our quality, responsiveness and confidentiality are key priorities. We will also implement procedures to replace face-to-face meetings with teleconferencing and videoconferencing, and in particular, will comply with Federal and State government-imposed requirements.

These steps have been taken to adjust our business in the interests of the health and safety of our people, clients, guests and the general community and to play our part in the efforts to limit the spread of the virus/disease. We know many businesses will also be adjusting their work practices.

We are thankful and appreciative we can continue to operate our business of providing expert investment banking and corporate advisory services, albeit, with some operational adjustments.

Please continue to communicate with us by phone or email or other means in the usual way and let us know if you want to clarify any aspects of our business continuity arrangements.

We are conscious the current circumstances are presenting challenges for all our clients’ businesses.

We remain available to assist you to navigate any issues that arise.

The responses of the Australian and international governments to the spread of SARS-CoV-2 virus and COVID-19 disease are ongoing and changing. We will carefully monitor the situation and update you appropriately. 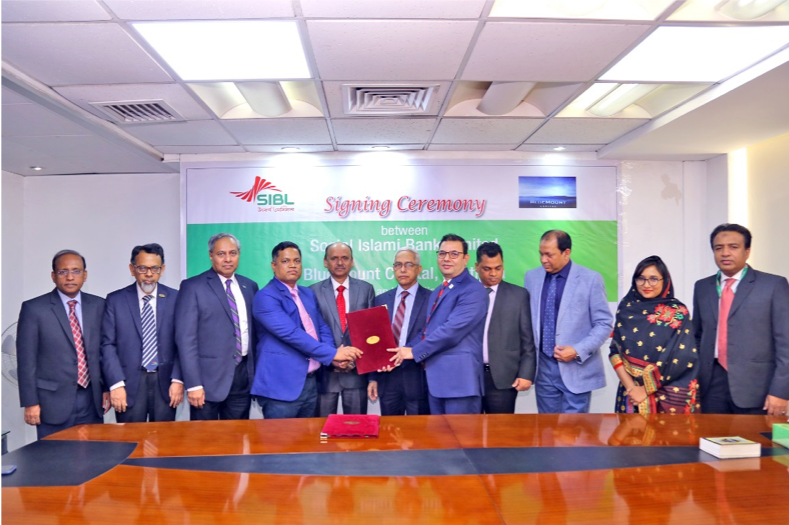 BlueMount Capital is the International Lead Manager for the issuance of a US$75 million Sukuk by Social Islami Bank Limited (“SIBL” or the “Bank”) in international markets.

The funds raised under the Sukuk will be used by SIBL to comply with the capital adequacy requirements of Basel III and for working capital purposes.

SIBL is a commercial bank in Bangladesh listed on the Dhaka Stock Exchange. The Bank was founded in 1995 and operates on Shariah Principles. SIBL has more than 3,300 employees and operates 161 branches and 27 sub-branches that are complemented by 115 Agent Banking outlets. The Bank’s mission is to become the Country’s most humanitarian, full-service bank that builds solid, long term business relationships with its customers and helps them with their banking needs. The Bank’s social and economic objectives are to create a caring society and to help eradicate poverty and to empower families.

SIBL has experienced good growth in business with deposits increasing from US$527.7 million in 2010 to $2.92 billion in 2018, whilst investments grew from $431.5 million to $2.8 billion over the same time. The business growth is reflected in growth in operating profits and net profit after tax. The Bank has a Moody’s credit rating of Long Term B1 and Short-Term NP, Stable.

BlueMount Capital is pleased to advise that we have been appointed Lead Manager for Sun Property Group Australia Limited, to list the Company on the Australian Securities Exchange (ASX) via an IPO aimed at mid-2020.

Founded in 2013, Sun Property is an Australian boutique property development company with a focus on developing high-end, small-scale, customer-driven residential and mixed-use spaces across Sydney’s Lower North Shore. Sun Property’s developments are recognisable for their individualised architectural design, high-end finishes and flexible spaces that are designed to a unique extent around the individual specifications of customers.

Sun Property has successfully completed 4 developments and is currently engaged in 4 projects at Neutral Bay, Balgowlah, Lane Cove and Crows Nest, which are in various stages of development.

For more information please email our Sydney office at sydney@bluemountcapital.com

BlueMount’s Managing Director, Dr Mark Rainbird, states “I am delighted to announce that we have assisted with the structuring of the transaction to support Velocity and it’s growth via this cornerstone investment”.

BlueMount Capital is an Australia based investment firm and corporate finance group assisting and advising corporate clients on listing on the ASX, M&A, private placements, cross border transactions and the raising of capital from the equity and debt markets. For more information please email brisbane@bluemountcapital.com or phone +61 7 3160 2840.

Melbourne (18 December 2019) —Cross Border M&A activity is increasing rapidly with 2020 expected to be a breakout year in Australia/Asia. However, the field remains littered with transactions where significant value was lost and the transactions did not perform because a major hurdle of the Cultural Differences were inadequately addressed.

BlueMount Capital Victoria and BlueMount Capital (Beijing) Co., Ltd have partnered with Global PMI Partners, an international firm widely recognised as one of the world leaders in M&A and who specialise in post-merger integration (PMI).

BlueMount Capital Beijing’s Executive President, Dr Mona Chung, is internationally recognised for her unique and ground-breaking work in dealing with the Cultural Differences between Western and Eastern Cultures, particularly, between China and the West.

BlueMount Capital and Global PMI Partners held a joint webinar on 11th of December, 2019, titled “Overcoming Cultural Differences in Cross Border M&A“. It was a very successful presentation and multiple high levels of positive feedback has been received.

A video recording of the webinar is available for viewing below.

BlueMount Capital is pleased to advise that we have been appointed as an exclusive Corporate Advisor to the Medcan Group Pty Ltd.

Founded in Australia in 2016, Medcan is a medicinal cannabis cultivation, production, research and manufacturing company aiming to apply state of the art technologies to produce medicinal cannabis and associated medicinal cannabis products. The Company holds the full suite of licences issued by the Australian Office of Drug Control (ODC) and holds the relevant State and Biosecurity licences to allow the execution of Medcan’s business plan. The Company is planning to expand its current import and distribution business and the commissioning of its manufacturing facility.

BlueMount Capital is pleased to advise that we have been appointed Lead Manager for TrekAce Technologies Ltd of Israel, to list the Company on the Australian Securities Exchange (ASX) via an IPO aimed at late 2019.

The technology offers navigation and group-management apps, as well as a structured API for third-party developers. The API enables them to implement tactile functionalities in their app UXs, making apps relevant and applicable to fields they presently fail to address (e.g. gaming, biometrics, navigation, sports performance, messaging, and C2). The Company provides militaries a complete & unique tactile solution for navigation and situational awareness.

TrekAce Technologies is currently generating revenues and profits, and it is expected that sales will be significantly grown by the time of the IPO.

For more information please email our Sydney office at sydney@bluemountcapital.com

I am delighted to announce that we have secured AUD $3.5 million in expansion debt financing for Elite Military Fitness (EMF), a leading Gold Coast based fitness and performance group.

EMF has built a chain of fitness and performance centres focused on providing the affordability of a small 24-hour gym, the personal service of a health club and the amenities and equipment of an elite training facility. EMF’s fitness centres were created to bring a more professional and personalised service to the community without the added expense. The Company’s aim is to offer a complete fitness model to the general population; a facility that caters for everyone’s needs without overcrowding and limited equipment.

The funds will be used to expand the group’s footprint, incorporating new centres, as well as providing equipment finance. The funding includes a range of business facilities such as loans, equipment finance, credit cards and a bank guarantee.

BlueMount Capital worked closely with the new funder and the client to secure the facilities, managing the approach to the market, providing financial modelling to support the transaction and negotiating with the financier, plus assisting with closing the transaction. The facilities provided, include flexible covenants for future growth while providing competitive interest rates on all the products offered. The funding is expected to assist in meeting the groups rapid expansion plans.

EMF co-founder Scott Freeman states “BlueMount Capital has been paramount in EMF realising our dream to delivering affordable and innovative health and fitness solutions to the greater Australian community. Their assistance has helped us create our new Nerang Performance and Recovery Centre and will be assisting us with our venture in our North Lakes venue later in 2019. The future for EMF is only looking brighter.”

BlueMount Capital is an Australia based investment firm and corporate finance group assisting and advising corporate clients on listing on the ASX, M&A, private placements, cross border transactions and the raising of capital from the equity and debt markets. For more information please email brisbane@bluemountcapital.com or phone +61 7 3160 2840. 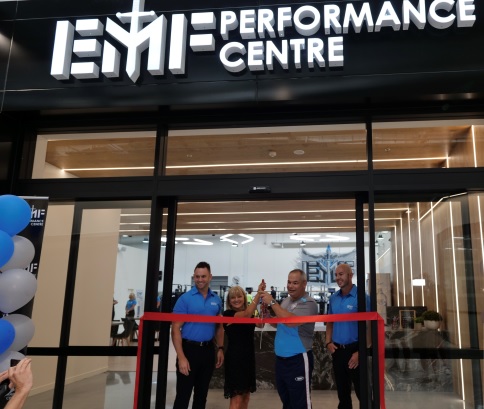